So many years ago, I started a “game.” Everything was explained in relative football phrases. Whether you are a Bear’s fan or Packer’s fan, it made no difference. I was a Brett Favre fan. More importantly, I was a Deanna Favre fan. She had just experienced nearly the same journey as I was about to embark. She wrote a book and used catchy football terms to update her progress. It was very effective. I adopted this approach, as well. Back then, I thought it was THE game of my life. I only wish that were the case.

My son played freshman high school football this year. He loved being on that team and watching a game any chance he could get (yeah- baseball, too).Ten years ago, he was a sweet, innocent little Kindergartner. This would not have made much sense to him then. All the references, but they mean so much more now. More than football or a five-year old’s perspective of mommy being sick. They are my FIRST and TEN.

Let’s begin with TEN: the number of years since I was diagnosed with Stage2 Breast cancer on February 14th, 2008. I was in complete shock when everything happened incredibly fast- initial doctor appointments, scans, MRI, biopsy, medi-port procedure and the beginning of chemotherapy. All of this took place within 26 days. Life was a string of blurry images, yet magnified with the most incredible zoom lens simultaneously. I remember parts of those first days so clearly, as if they happened a few hours ago. I recall exact wording from a surgeon, the pit in my stomach and the belief that I didn’t need anyone to go to the initial ultra sound and biopsy with me. I was defiant and indignant, but completely terrified. I was 35 years old with a three and five-year-old at home. Dave and I weren’t entirely sure we were finished having children. But, February 14th solidified that decision for us. Valentine’s Day lost its meaning for us and morphed into something entirely different. It sits in the pit of my stomach and reminds me of the horrible feelings I had when I heard those words, “This is going to come back as cancer.”

When I revisit the blog I kept to keep family and friends informed, it helps me remember those parts that are a blur. If you feel like it or have some extra time on your hands, it’s entertaining and captivating (at least to me) to read. If you do investigate, you may realize it became less and less about me while focusing more and more on our dear, sweet Bridget. Everything literally did happen at once. I look at those posts and truly can’t believe the hailstorm we went through. More accurately: hurricane. www.sarakennicott.blogspot.com

It houses headings like “Game On, Touchdowns, Penalties, Quarter Standings and Injury Reports” to the more significant titles of “The Rookie” and “The Real Game.” Because as I was battling cancer, our daughter began her battle against Batten disease. With symptoms and worsening conditions for 15 months, we had no answers- until one day. On April 20th, 2009 we finally gave her debilitating, degenerative condition a name and expiration date. She was only expected to live 12 years long. And that’s exactly what happened. This brings us to our FIRST.

February 15th, 2017 was when our 12-year-old girl, who had been strong enough to get through 5 cases of pneumonia, failed to get through her last. Her tired, weakened body could no longer put up the fight against Batten disease. Bridget sailed away from this Earth into Jesus’ loving arms on this day. When the sunlight touched her hospital bed that morning, it was the first of many signs that she was ready to go Home. Nothing will compare to the brilliant sunset that same evening when the gates to God’s Kingdom opened for such a sweet, innocent soul. Bridget painted the colors of the sky that night like we had never seen before.

During the past year, she gave us more pink skies along the way. From the west coast, to the east, we were sent several glorious pictures of pink skies. There are a couple that really stand out: sun setting on our final night in Maine with our dear friends as we lit and sent out to sea a wish lantern- just for Bridget. In the midst of the pink sunset and path was the Hope 4 Bridget symbol. How incredible were those signs she sent us straight from heaven? There were also images from a trip to Canada that my dad and brother-in-law sent. The expanse of the sky,,, bewildering! On another evening, I remember coming back to the burbs after going to the last home Cubs game. I got out of the car and BAM! There she was- in all her pink glory strewn across the sky. Hello sweet angel. We see you.

I look for these signs and sometimes I don’t. They are just here. Why aren’t there more? I wish I could conjure up the feeling of kissing her sweet, soft cheek or warming her cold slender hands in mine. I miss brushing her beautiful thick hair and smelling lavender lotion on her neck. Her gorgeous painted nails and sweet, occasional smile are lost. I miss the people she brought into our lives and all the equipment we had in place to care for her. I miss having a daughter more than I could ever say or write- so much that it physically hurts to breathe. I know this is grief. So often compared to the ocean; I’ve been wading in it for a year. Sometimes the waves crash over you with no end in sight as you gasp for breath. Other times you tread water for hours while your limbs go numb. For ONE entire year. It feels like a lifetime or ten years or just one day. Time is ridiculously evil and conniving. I wonder where all this time went and how it got by me?

Realizing the wonderful place where she resides, I know she is whole, complete and healthy. I know she is smiling and seeing and running. These are comforting thoughts and they do fill me with such happiness. Most of everyday, I do choose joy and try to live with grace. But, I am just a human, a mom, who misses my child. And that is ok.

The FIRST anniversary is treacherous, living through all the details of the final days and hours. It’s unimaginable- knowing she has been gone from us way too long. But amazing in the fact that we see our son growing into a young man this past year. He is just about finished with his first year of high school. He fills our hearts with pride and we love him so very much. I look at him in amazement- not just because his demeanor is a mystery and bedroom floor a nightmare, but because he is becoming a charismatic, caring young adult right before our eyes. The TEN years ago I think about escapes me. How was that so long ago? And how has so much happened in the past decade?

I have endured and quite literally survived the FIRST and TEN. There were many tears, scars, and hospital visits. There were time outs, delays of game, and lost yardage. But, there is still life and the living. There have been touchdowns with some field goals, despite the losses and record. There are memories and so many special people. But above all, there is love and lots and lots of hope. 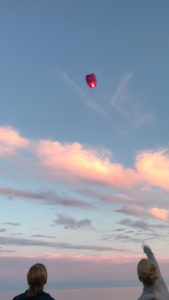 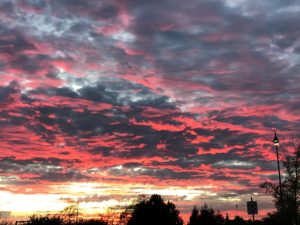 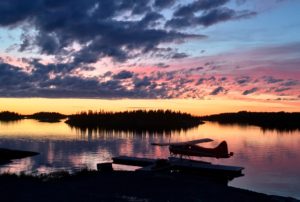